“[The Ombud} has been given wide inquisitorial powers whereby such disputes can be resolved as informally and cheaply as possible by means of qualified conciliators and adjudicators, without the need for legal representation, save in certain limited circumstances.” (Extract from first judgment below)

If you have a dispute with anyone in a “Community Scheme” – sectional title, Homeowners Association (HOA) or the like – remember that your first port of call should be the CSOS (Community Schemes Ombud Service).

What disputes can the Ombud resolve?

Disputes are inevitable in any community situation, with sources of conflict ranging from noise issues to problem pets, common area usage disagreements, parking space complaints and so on – the list is endless. Another perennial battleground is owners fighting with administrators (normally a body corporate or Homeowners Association) over levies, rules and regulations, and the like.

The Ombud’s mandate here is wide, with the CSOS promising “affordable, reliable justice” via its conciliation and alternate dispute resolution process for anyone party to, or “materially affected by” any of a wide range of disputes including levy disputes, nuisance complaints, repairs and maintenance disputes, complex meetings, financial, governance and management issues, exclusive use rights and the like – the list is long and widely-worded.

How does it work?

Costs are low and the process is straightforward, with legal representation restricted to cases where the adjudicator and all parties agree to it or where the adjudicator decides that a party cannot deal with the adjudication without it. There are media reports of the CSOS struggling in practice to provide the quick and reliable service promised on its website, but all in all, it should generally be your first port of call. In fact the High Court has now warned that you will almost always have no choice in the matter.

You must approach the Ombud before you go to court, unless…

The High Court has now stated categorically that, whenever the CSOS has the power to adjudicate a dispute, you have to go that route first and can only go direct to court in exceptional circumstances –

Going direct to court when the Ombud has no jurisdiction

Arrear levies – when can the Ombud help with collection?

Our courts have held that the Ombud can assist with the collection of arrear levies or contributions, but only where there is a dispute involved.

Thus (to quote from a 2017 High Court judgment): “If the claim for arrear levies or contributions is not disputed, for example if an owner simply ignores a demand for payment or simply refuses to pay, without disputing the amount of the claim or the proper determination of the levy, the Body Corporate can institute legal action in court to recover the arrear levies from the owner … If, on the other hand, the amount of the levy is disputed because it was not properly determined and this dispute is raised after the defaulter had received a demand, the appropriate forum for recovery of the levies would be the regional office of the Ombud service.”

To avoid any mis-steps here, seek professional advice before deciding when and how to take community scheme disputes to the Ombud. 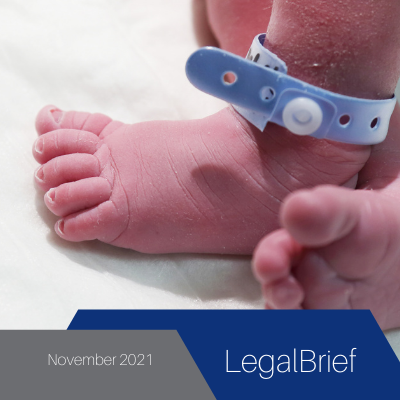